In a WOD that was made up several years ago for one of the first Iron Pirate Games, one particular athlete, in the midst of the workout, eloquently said, “this is the WOD of bleeping Death.”  From that point forward, this WOD has been a staple of the Iron Pirate Games and has been dubbed “The WOD of Death” (the bleeping removed, of course.)

On Monday, the teams each competed in 3 different heats that lasted 3 minutes each.  Each heat consisted of different movements and exercises and each athlete was required to stay on that exercise for the entire heat and perform as many reps as possible at his given movement. 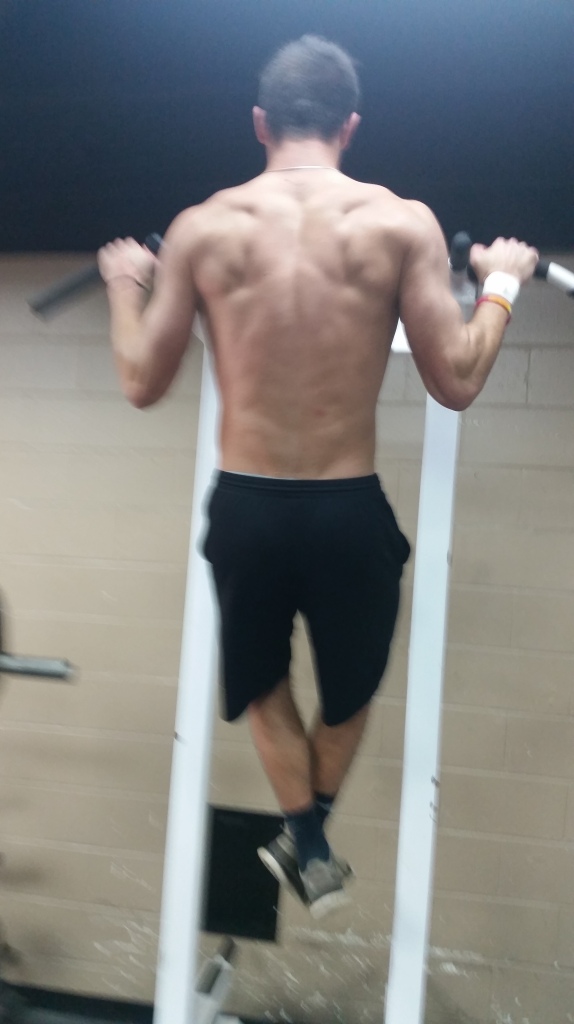 After a minute rest between each heat, each athlete moved to a different exercise each time. 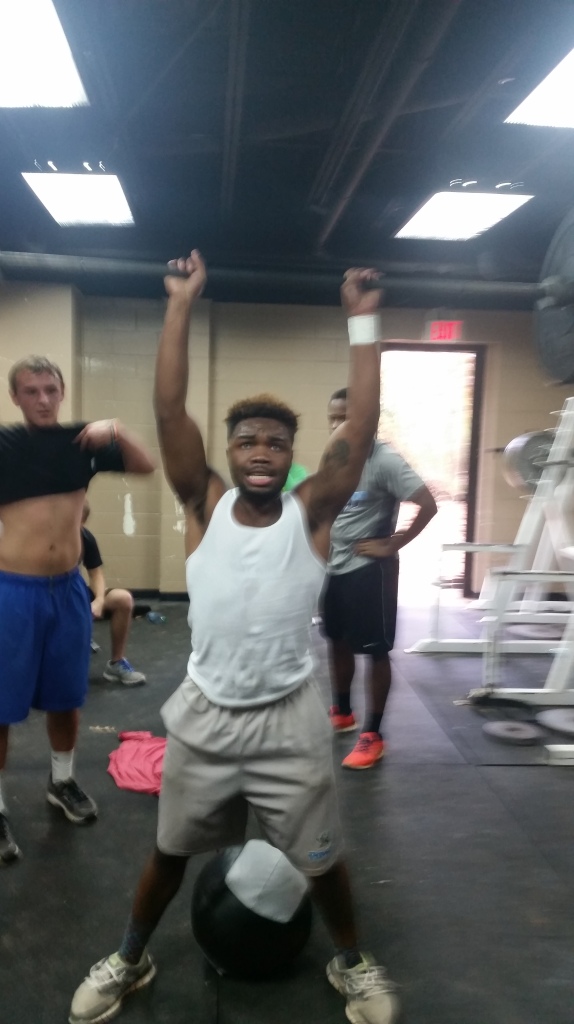 Rook putting a whoopin’ on the thrusters with Greckel ready for another chili cheese dog.

Once it was over, it was simply who had accumulated the most repetitions in the 9 total minutes of working.

Once complete, Team Poskey took home top spot of the day.  After 6 events, the standings are as follows:

Frank says, “Six days in and still holding this weight over my head.  The WOD of Death felt more like the WOD of Sunshine and Rainbows.”